Source (link to git-repo or to original if based on someone elses unmodified work): https://github.com/Fuchs/hoppla-sa

This plasmoid enables you to control Philips Hue (http://www.meethue.com) light bulbs.
The idea of the stand alone version is that it requires no compiled backend and thus can be
deployed as is, e.g. via Get Hot New Stuff.

It allows you to


* Turn lights and groups on / off
* Set the brightness of lights and groups
* Set the colour or white temperature
* Control single lights belonging to a group
* Create and use global actions, such as turning all lights on or off
* Set an alternative connection, including http basic auth
* Control your lights from outside your home network if you have a proxy at home
* Create, update and delete lights, schedules and groups

i really like the widget but one of the actions i created causes plasma to restart for some reason. it's a simple routine of set 9 groups to "off", set one group to "on". the action completes before plasma restarts too, which makes it even stranger.

Please create an issue on GitHub and attach as much debugging information as possible, at very least the payload of the action, and preferably the messages (or a backtrace) of plasma crashing. You can start plasma from a terminal to get the messages.

Hey Fuchs, I deleted the action but I'll recreate the action and look for the issue to recur when I get back to KDE in a few days. If you'd like, feel free to ping me if you don't hear back.

9 9 excellent - On the basis of the developer's swift response to my review score of 6 and redirection of my specific problem with the plasmoid (erratic scheduling) to github issues, I've updated my rating to 9. For a feature where I can choose on/off times relative to an approximate (TZ) sunrise or sunset event, I'd give it a 10

hi Fuchs, i found now information on a nice site ("Running Philips Hue Lights Locally") about setting date/time via API and opened an issue in github (https://github.com/Fuchs/hoppla-sa/issues/10) with the link - it's my first time and hope i did it correctly. i see it would be also possible to set the bridge network settings in the same place too (dhcp/ip/netmask/etc). that would be a nice addition too since i had to get a smartphone just to disable dhcp and set a static IP one one bridge (and the other one is still set to dhcp and i have to start up a dhcp server on a linux box every time the bridge reboots)

yes, that looks good on GitHub, yeah, I replied there.

tl;dr here is: I'd like to add the possibility to configure more bridge stuff, but it's going to take some time because it will need a couple of reconsiderations and also a lot of rewriting, plus some advanced things you wanted might not be possible with pure-qml limitations.

As this will take quite some time I did also mention a workaround there for you, which can be done from any web browser or, if you prefer command line or need to automate stuff, you could even do it via curl. I hope that helps in the meantime, since this is hopefully not something you need to change often.

i can't rate it so i'm writing a comment in here: thank you very much for the great plasmoid/widget! :-)

i'm not a programmer but if i can make a feature request, now that Philips Hue Play has been released, it would be to control the colours of lights depending on the colours shown on the PC screen on the kde desktop, like Philips Ambilight does on TV's or the addon "script.kodi.hue.ambilight" does on Kodi, like this:

maybe part of the code can be even reused?

thank you very much for the praise and suggestions.
Could you please submit suggestions through GitHub, though? Here they get a bit lost, there they can be tracked. And as all the code is open source, other people can tackle them as well.

What I can already say is that I think access to screen content might be limited in QML, and I try to keep my plasmoid pure QML. So I'm not sure whether I can create something able to change colours based on screen content. A media player (like Kodi) is the correct piece of software to handle this.

Bridge: if this is exposed via the API: I can, otherwise I can't. I'd have to figure out where to put it in the config, but I can likely do that, assuming you can set it through the API.

There is any way to use this with the IKEA Tradfri?

I don't have any to test, but if you use them via a Hue bridge I assume it might work. If you don't: only if Ikea uses the same REST API.

However, the source code is all on GitHub, feel free to adapt it.

Is that a replacement for redshift-control? I would like to use an interface like that for redshift, with presets and tabs, it would be better than use mouse clicks on tray icon...

Hi, no, this is completely unrelated to redshift. It is meant to control philips hue lightbulbs, not your screen.

Note that it is open source (see link on top), as is the redshift one, so you should be able to create a plasmoid for redshift that has tabs :)

Oh, I though it was related with redshift because of the icon, sorry man, but I really would like this popup on redshift tray icon it is boring change temperature and brightness manually with mouse clicks...

Hello. ¿what KDE plasma theme you used in the images? greetings from Santiago of Chile

Hi, the plasmoid uses an older version of breeze dark, nothing special. The window content and window decoration is just regular breeze.

Thank you very much :)

9 I love this plasmoid, it's very useful!

OMG, I love this plasmoid, please add features and translations <33333

Hi, you can submit feature requests at https://github.com/Fuchs/hoppla-sa, but currently I only have limited time to work on it. Translations can also be added there, I'm afraid whilst I speak a couple of languages, I don't feel comfortable enough in them to add a whole translationset.

Adds support for some things added in 1.30 HUE API, namely:
- new types of rooms
- entertainment groups (limited support, can't be edited, but can be controlled or removed)
- zones (full support, but not throughout tested)

Ship translations with the .plasmoid, add confirmation dialogues for non-undoable destructive actions such as removing a group, light, action or schedule

+ Bugfix for recent Philips Hue updates that would lead to old states at updates (clicking the checkbox works, but it is not updated unless you click again)

Fix potential bug when opening the config before the plasmoid

9 excellent - On the basis of the developer's swift response to my review score of 6 and redirection of my specific problem with the plasmoid (erratic scheduling) to github issues, I've updated my rating to 9. For a feature where I can choose on/off times relative to an approximate (TZ) sunrise or sunset event, I'd give it a 10

I love this plasmoid, it's very useful!

This is a REALLY nice one! Thanks! 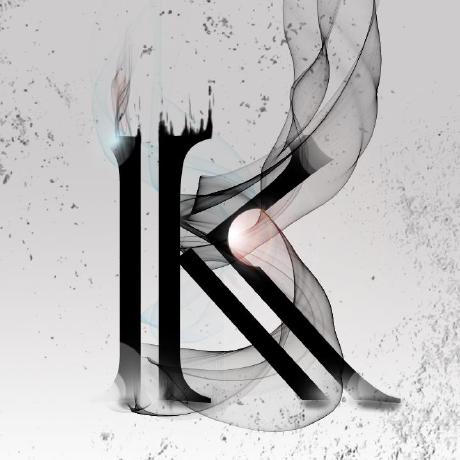 Hoppla [Philips Hue Operation Plasmoid] is part of KDE Themes and Content, which is supported by the following people:

mark this product as clone
Other Plasma 5 Applets: